UPDATE: I’ve added Nicole Chung’s work to the list at the conclusion of this post! Nikki is one of my favorite writers, and she was one of the editors for the now-concluded The Toast. Her writing has appeared in the New York Times, The Atlantic, and a number of other publications!

Author’s note: Friends, I’ve been absolutely floored by your response to the launch of this blog and my first post, This Is What a Feminist Dad Looks Like. To say you have been generous in your encouragement and reposting would be a very serious understatement! From the depths of my heart I give massive thanks to every one of you who has offered a kind word or thoughtful comment, a retweet or share, a like or favorite, or a 👍 or ❤ or 😊. You all rock! Now, back to our regularly scheduled programming.

Welcome to Their World

I was surrounded by 800 women. Literally.

I was at Mount St. Mary’s University, a Catholic-led women’s college in the heart of Los Angeles, for the release of the 2013 Report on the Status of Women in California. It was a sunny spring morning, and under a humongous tent, 800 women and I sat and listened while an all-female slate of speakers and panelists presented the report and discussed its implications. Each of the women on stage had worked her way to the top of the business, journalism, and entertainment fields; the best-known was Oscar-winning actor and activist Geena Davis. 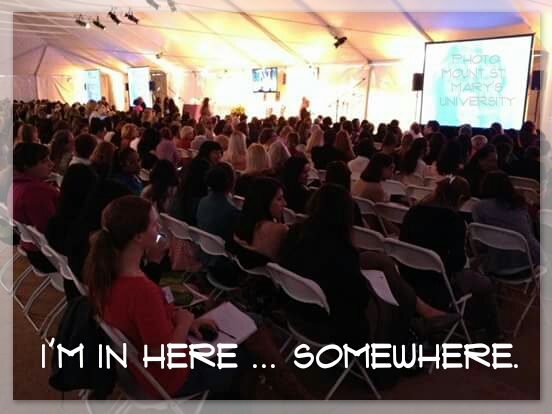 Actually, I wasn’t the lone man in the crowd. I counted about 20 or so of us feminist men in the audience. But we were so outnumbered, it felt like I was the only one. And though everyone there, both women and men, were of a common goal and united spirit, I couldn’t help but feel out of place.

“Welcome to their world.”

No one said this to me. But it really hit me that in so many leadership conferences, particularly in certain industries and especially in the evangelical Christian world, women quite commonly feel outnumbered and out of place.

Even more critically, women often feel this in leadership spaces, particularly in corporate, financial, legal, and church board rooms. For all the progress women have made over the decades, gender diversity among senior leaders in the workplace and church space has still been painfully slow to develop.

In other words, the old boys’ club still runs the show. In fact, there’s research that demonstrates, in general, a “rule of three”; that is, a woman on a board often has her opinion given less weight than a man’s until there are three women on that board.

This underscores the importance of allies for groups of people who have traditionally been marginalized and oppressed. Women and minorities can work their you-know-whats off, and systemic and institutional prejudice will, on the whole, still make it harder for them than for white men to advance.

The panelists at Mount St. Mary’s that morning spoke of the need for male leaders to advocate in their organizations for women’s advancement. They weren’t suggesting that women should be promoted even if they were bad at their jobs. To the contrary, they spoke of the need for men to use their positions of power to speak up for women who are already doing a good job, given that the general tendency is for women to get overlooked.

A few weeks after the Mount St. Mary’s event, my wife and I saw the film The Iron Lady. It’s the movie for which actress Meryl Streep won her third Academy Award, portraying former British Prime Minister Margaret Thatcher.

In the film, a male Member of Parliament (MP) named Airey Neave reaches out to Margaret when she first arrives in 1959 as a newbie 33-year-old MP. He takes her aside in what looks like a crowded, raucous, and all-male House of Commons (pictured above) and begins to show her the ropes. Over time, he becomes a trusted advisor and even her campaign manager. Eventually, he takes a place in her Cabinet when she becomes the United Kingdom’s first female Prime Minister in 1979.

I do not know if the real-life Neave was actually there at the very beginning of Ms. Thatcher’s Parliamentary career. But the character of Airey Neave in the film certainly depicts a male ally. He uses his position to help Margaret begin to adapt to life as an MP. He continues to be her strong advocate for years to come.

That is the kind of male ally that I imagine the panelists were meaning.

Male Allies Also Know to Get Out of the Way

But hearing the panel discuss the need for male feminist advocates in the business, financial, and legal spheres made me wonder what I could do to help. After all, I had no background or role in any of those types of organizations.

So after the program, I approached one of the panelists, Dr. Anna Marie Velario, who runs her own leadership consulting company. I told her I didn’t know what being an ally would look like for me.

“What skills do you have?” she asked.
“Well, I write,” I said.
“Then tell women’s stories,” she replied. “We always need to hear more.”

Since that spring day in 2013, I’ve constantly looked for opportunities to do just that – to tell stories of strong women.

But as valuable as that is, I can think of something that’s even better – drawing attention to women’s voices so they themselves can be heard, understood, and respected. We male feminists can forget that our role as allies is to be defined by amplifying women’s voices, not competing with them for influence or for showing what great feminists we are.

In fact, an ally is not defined as someone of privilege who speaks for a marginalized group. Rather, being an ally means boosting and drawing attention to an oppressed group’s own voices, helping them to gain as large of an audience as possible. 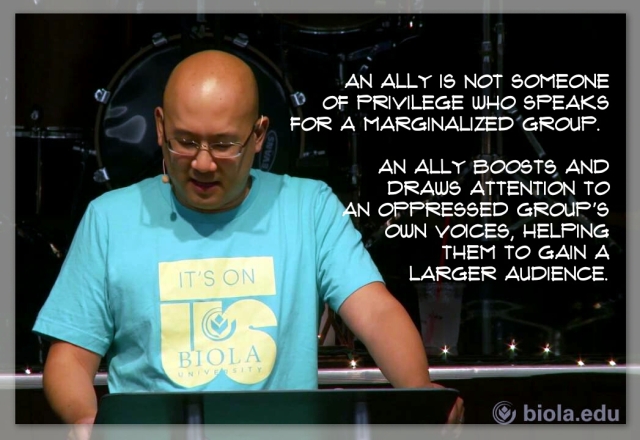 So I’d like to practice what I preach in this post by advocating for women and then getting out of the way so you can connect with them. Here’s a list of some feminist Asian blogs written by women!

These blogs have all either taught me something, warmed my heart, inspired me, or all of the above. Not all of them may explicitly advocate for equal rights for women and men in their posts, but each blog comes from a feminist author and is founded on the principle of gender equality.

Please visit and read! Listen with a respectful ear toward understanding what the authors are saying. Consider how their views resonate or don’t resonate with your own experience. Reflect on how that congruence or dissonance can help you grow, whether you end up drawing the same conclusions as they do or not.

These are all active blogs as of the last time I checked. I’ve included a few tags for each in order to give you a sense of some of their frequent topics, though they often cover other subjects beyond those.

In alphabetical order by last name, without further ado: