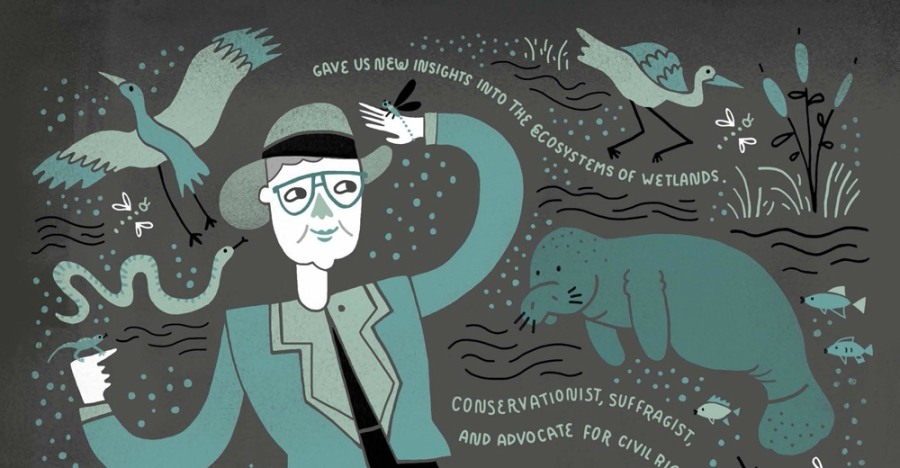 Based on what I’ve heard in conversations, and on what I’ve seen on news sites and social media, the grown-ups of America have been really surprised and super-impressed by the students of Marjory Stoneman Douglas High School. That’s the Parkland, Florida, school that experienced 17 lives lost, dozens of others injured, and countless others traumatized due to one man’s violence on Valentine’s Day. Baby Boomers, Gen Xers (of whom I’m one), and Millennials have all marveled at the courage, eloquence, savvy, and passion demonstrated by the Gen Z teens who, having seen their friends and teachers killed in front of their own eyes, are taking the fight for gun reform to politicians beholden to the National Rifle Association – and even to the gun lobby itself.

A variety of factors have been raised in public discourse to explain the skill and sophistication of these teenagers. But there’s one aspect of these teen leaders’ backgrounds that has mostly gone unnoticed nationally, and that has to do with the namesake of their school: Marjory Stoneman Douglas.

Now, I do not know how well-versed MSD High School students are, as a whole, in the details of Ms. Douglas’ life story. But at least a few of the student leaders know about her. One of them, junior class president Jaclyn Corin, tweeted this quote from Ms. Douglas:

Just a little reminder before we go back to school tomorrow ❤️ #NeverAgain #MarchForOurLives pic.twitter.com/TBCc2wlvLg

Apparently, Marjory Stoneman Douglas’ name is legendary in conservation and wildlife advocacy circles, particularly for her years of activism in defense of the Everglades. Her contributions were so noteworthy that President Clinton awarded her the Presidential Medal of Freedom a few years before her death at the age of 108; one of her homes was even designated a National Historic Site a few years ago. Before either of those honors, she helped to inspire Lisa Simpson’s Thanksgiving centerpiece (featuring likenesses of Ms. Douglas, Susan B. Anthony, and Georgia O’Keeffe):

But my first exposure to Ms. Douglas’ story came through one of the many women-in-STEM books that my wife and I have checked out for our daughters from the library. It’s a best-selling book we first brought home several months ago entitled Women in Science: 50 Fearless Pioneers Who Changed the World, beautifully created by Kansas City-based designer and illustrator Rachel Ignotofsky.

The book features profiles of women in STEM fields (that’s Science, Tech, Engineering, and Math) both well known (e.g., Marie Curie, Grace Hopper, Jane Goodall, and Mae Jemison) and obscure, at least to most Americans (e.g., Wang Zhenyi, who lived in the 18th century, Chien-shiung Wu, Valentina Tereshkova, and Christiane Nüsslein-Volhard). Each of the 50 STEM pioneers has her own beautiful full-page illustration, as the one for Marjory Stoneman Douglas demonstrates: 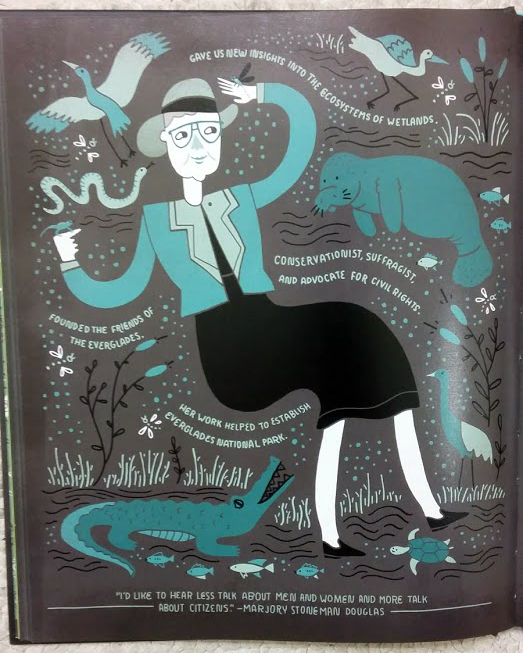 Opposite each of the 50 large illustrations is a page that tells the story of that particular scientist in considerable detail. These pages feature smaller, sometimes whimsical illustrations; for example, here’s the story page for Ms. Douglas:

Ms. Douglas, as we might say these days, persisted and resisted through her unceasing advocacy, inspiring both her contemporaries and now a new generation. I highly recommend Rachel Ignotofsky’s book, so Marjory Stoneman Douglas and 49 other trail blazing women can inspire you and the kids in your life, too!

And to keep up with the activism of the MSD High School students and staff, I’ve created a public Twitter list with over 100 of their accounts. They’ve called us to action, in the spirit of Marjory Stoneman Douglas; let’s support their efforts!